On Sunday, May 7, 2017, North-West College and Glendale Career College, along with family and friends, recognized graduates at commencement as they received diplomas in health care professions such as Dental Assisting, Medical Assisting, Massage Therapy, Pharmacy Technician, Surgical Technologist and Vocational Nursing.

The ceremony was held at the Pasadena Civic Auditorium, in Pasadena, California. The new graduates join more than 45,000 who have come before them since the first North-West College ceremony in the 1960s.

Scott A. People began the ceremony with a rendition of the National Anthem, beautifully silencing and mesmerizing the crowd with the first note. Scott has featured his talents in such productions as "Jesus Christ Superstar," "The Wiz" and "Dreamgirls."

Mitchell Fuerst, the College's President, opened the ceremony, welcoming the graduates and their guests with swelling pride as he congratulated them for achieving their goals. He spoke about his mother, North-West College founder Marsha Fuerst, and how her tireless efforts and unwavering passion for career education allowed her to fulfill her own dream of creating a College where women and men have the opportunity to train for careers, enabling them to support themselves and their families.

Mr. Fuerst was followed by the ceremony’s keynote speaker, Dr. Bill Dorfman. Recognized world-wide as a leading cosmetic dentist, Dr. Dorfman has been practicing dentistry for over 30 years and has been featured on numerous TV programs, including ABC's "Extreme Makeover," CBS's "The Doctors," "Larry King Live" and "Oprah." During his keynote address, Dr. Dorfman shared several pearls of wisdom for success and encouraged the new graduates to remain positive, to never fail, to learn from the challenges they will face and to never give up.

In a heartwarming moment during the ceremony, a Vocational Nursing grad, Nicole De La Rosa, was taken by surprise when her boyfriend and their two children met her on stage during the conferring of graduates. Jose Lopez dropped to his knee in the middle of the stage and lovingly asked for her hand in marriage. Crying with joy, she accepted his proposal, to the applause and admiration of her fellow classmates and everyone in the auditorium.

The College has been training health professionals for more than 50 years and takes great pride in preparing students in short-term programs for gainful employment. To learn more about North-West College's Van Nuys Campus or to enroll in one of NWC's programs, please contact Nancy Aguillon at NancyA@success.edu.

December 02, 2019 - WEST COVINA, Calif.—Preparations are complete for SEC’s third annual Professional Development Conference (PDC), slated for Friday, December 6 at the Ontario Convention Center. The one-day conference brings together the Colleges’ Team Members, leadership, and guest presenters—all with the goal of equipping staff and faculty with useful tools to help them remain on the leading edge of private-sector education.

November 25, 2019 - WEST COVINA, Calif.—On Wednesday, November 6, North-West College honored 37 students for their outstanding service and academic achievements as part of its Student Recognition Program. Designed to promote and recognize excellence throughout its student body, the program brings together Student Stars and Student Ambassadors for a special luncheon at South Hills Country Club with members of the College’s Executive Committee. 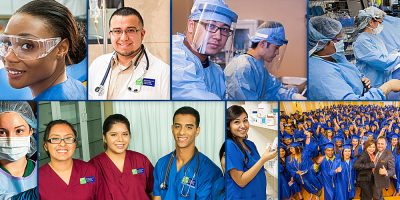 November 25, 2019 - WEST COVINA, Calif.— On Wednesday, November 6, members of Glendale Career College’s Executive Committee gathered to recognize 9 outstanding students for their exemplary service and academic achievements as part of the College’s Student Recognition Program. With the goal of promoting and recognizing excellence throughout its student body, the program brings together Student Stars and Student Ambassadors with College leadership for a special luncheon at South Hills Country Club. 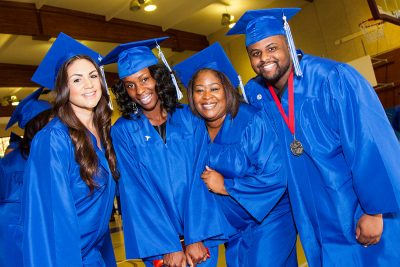 November 12, 2019 - LAS VEGAS, Nevada—Friday will mark the culmination of many months of rigorous career training for the graduates who will cross the stage at Nevada Career Institute’s (NCI) Fall Commencement Ceremony. This record-breaking class will join the ranks of NCI alumni on November 15 as family members, friends, Instructors, and Team Members gather to celebrate this significant moment for these individuals.

What will your career path be?